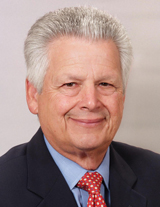 Henry S. Berman is among the most distinguished and respected attorneys in the field of matrimonial and family law, in which he has practiced exclusively since 1977. Mr. Berman brings unparalleled legal and financial experience and acumen to the practice. He also profoundly appreciates the impact of divorce on clients and is committed, where possible, to resolving cases with the least amount of financial and emotional cost, while achieving positive results. Nevertheless, in those matters where litigation is necessary, Mr. Berman believes that a powerful team should provide that service – a belief that led Mr. Berman to form the firm of Berman Bavero Frucco & Gouz p.c. in 1996, and the firm of Berman Frucco Gouz Mitchel & Schub p.c. (“BFGMS”) in 2013 to handle all aspects of family law and all approaches to it. This belief led Mr. Berman to join BodnarMilone in an Of Counsel role upon the merger of the BFGMS lawyers into BodnarMilone.

Mr. Berman has been named Best Lawyers’ 2011 White Plains Family Lawyer of the Year. He has been a Fellow of the American Academy of Matrimonial Lawyers since 1980, and has served on the Board of Managers of its New York Chapter, on which he previously served as Vice President and Executive Committee Member. Mr. Berman’s many other professional distinctions include being listed in Best Lawyers in America, Matrimonial Law, every year since 1989 and being selected as one of the Ten Leaders in Matrimonial Law in the Ninth Judicial District for every year since this list was created. Mr. Berman has been listed as one of the top 25 lawyers in Westchester County by the New York Times Super Lawyer Section in many editions. He has consistently received the highest peer ratings in Martindale Hubbell. He is also listed in U.S. News and World Report Best Lawyers – Family Law.

Mr. Berman is frequently called upon by matrimonial attorneys in Westchester County and New York City to act as a binding arbitrator in their cases in which he is the trier of fact and renders decisions on all issues. He also practices mediation and collaborative law.

From 1985 to the present Mr. Berman has been Co-Chair of the Continuing Legal Education Committee of the New York State Bar Association Family Law Section. In this capacity, he plans and participates in accredited continuing legal education programs that take place several times every year. Mr. Berman has lectured innumerable times on divorce and family law to the bar and judiciary, under the auspices of bar associations, law schools, judicial training institutes, and other legal organizations. In September 2010 Mr. Berman presented a popular webcast for the New York State Bar Association and a widely attended lecture for the Westchester County Bar Association on New Legislation for the Family Law Practitioner: An Analysis of New York’s New Laws on “No-Fault” Divorce, Counsel Fees, Temporary Maintenance Guidelines, Child Support Modification and Orders of Protection.

Mr. Berman graduated from St. John’s University School of Law, where he was an editor of the Law Review and the Catholic Lawyer and was named a St. Thomas Moore Scholar. Following his law school graduation, Mr. Berman received a Masters in Law from New York University School of Law. He began his career as a Law Assistant in the Appellate Division of the Supreme Court for the Second Judicial Department, and then became a Law Secretary to a Supreme Court Justice in the Ninth Judicial District in Westchester County. Mr. Berman then entered private practice, joining the Family Law Department of an international, general practice law firm, of which he subsequently became Chair. He is admitted to practice in New York State and the United States District Court, Eastern District of New York.

Mr. Berman has been married to his law partner, Ronnie Gouz, since 1992, and they have four children. He is an avid golfer and enjoys traveling.